It’s been an eventful time over here at Kink Forge, we’ve been busily working away behind the scenes not only on filling everyone’s orders but preparing ourselves for what we feel is going to be an incredibly exciting time ahead.

First, and most importantly, we have ourselves a new photography setup. This isn’t just going to help us provide better quality reference photos on our website, it’s going to enable us to kick our social media presence into gear and keep you all updated on the fun things we’re working on.

Be sure to keep checking in and follow us on Twitter (< – Click Here) or Instagram to keep up with the latest product pics, promotional offers, and sneak peeks coming in the near future. You can also join the community over on Discord to discuss your favourite toys, share valuable information and chat with the friendly folk found there. 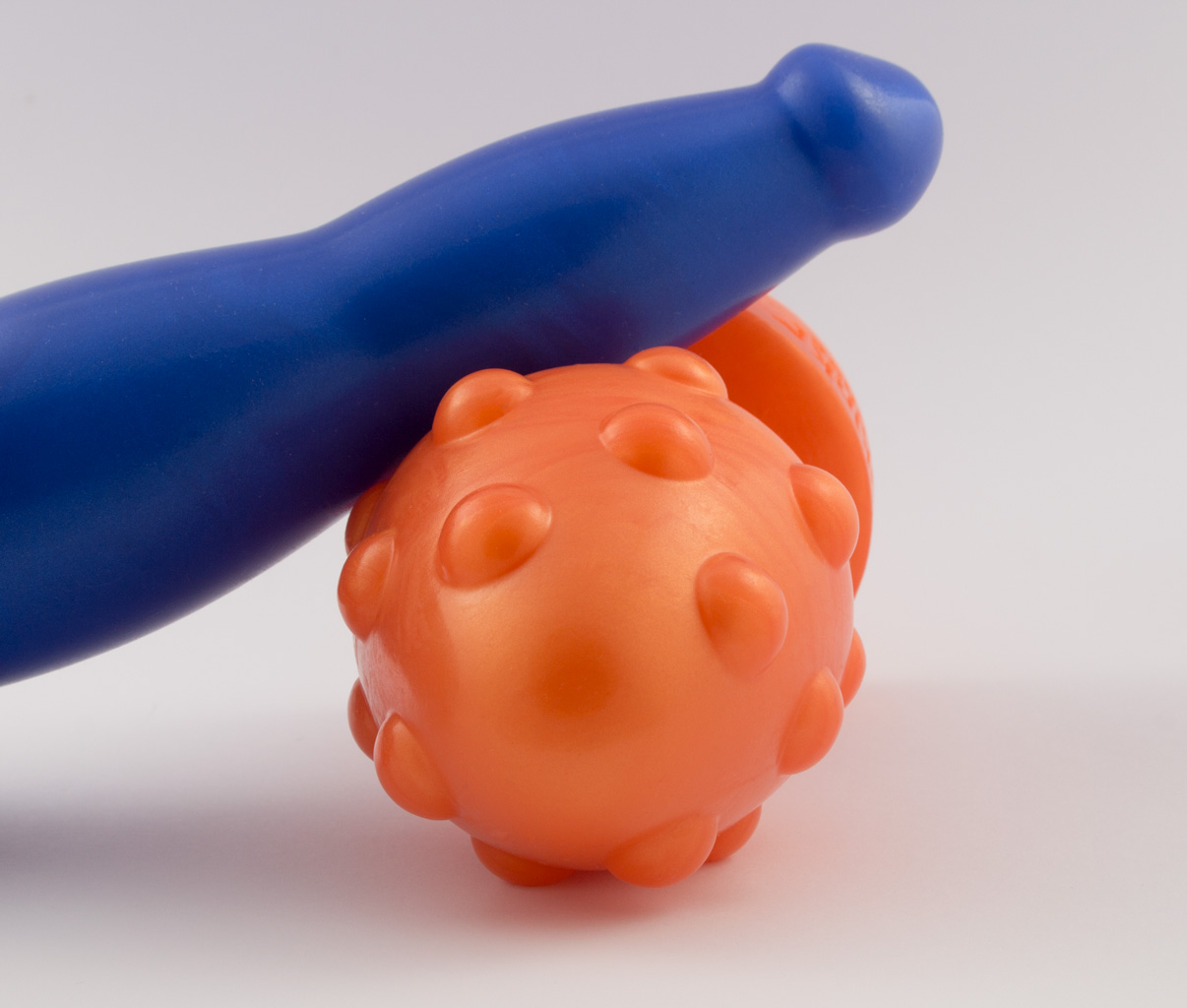 Our store is back up, with every toy refined to the highest quality!

We have also released our first plug. Check out Erin, the monster breeder.

We are looking to grow the community, so please consider sharing Kink Forge however you can.

Thanks to everyone for your input and patience, we hope you enjoy the products as much as we do~

An update on our current situation.

As you all know we’ve been very busy working on improving our inhouse 3D print to production process.  The main drive for this was producing the new version of the Tai from a 3D printed original and this superseded our plans to create alternate sizes of the Alouette.

In tandem with this, we also produced a 3D printed Azumi and Alouette. As of today we now have what could be called Azumi 2.0, Alouette 2.0, and Tai 2.0 ready for production, with new molds etc. Some of our more recent orders have been sent out as Azumi 2.0 and Tai 2.0.

For the Azumi, it has remained largely unchanged, however the original master had a base which was difficult to cast and this has been resolved in the new model.  Other than the base now being slightly larger, it is essentially unchanged.

In regard to the Alouette it has also remained largely unchanged. However, we made some small alterations to the shape of the base in order to make it slightly more stable for future larger sizes such as the Mega Alouette.

The Tai is again largely the same, however it has a slightly increased girth over the original model, and now has less of a texture and is overall smoother than the original.

For all of the new versions of the models, they have been made easier for us to produce, and we have also been looking in to streamlining our production in terms of firmness etc of the toys as it has been taking longer to fulfil orders than I had previously hoped, and would like.

Overall, I feel that the new models are the same designs that you all know and hopefully love, but with refinements/improvements from what we have learned over the past months.

We will look in to providing updated pictures, however we are also working toward a more professional camera/lighting set up in the near future.

Unfortunately as a result of the above we have not had time to produce the new toys which we had in development, however now that we have the 3 original toys updated we will be looking toward producing new toy designs as a priority going forward.

Although we had initially planned to create a range of sizes for every toy, it is the case that at least on the production side the work level required to create a new size is very similar to creating a new toy design entirely. As a result of this, we are placing a lower priority on new sizes over new designs until we have expanded our range. That is not to say we are not working on them, just that they are no longer a priority.

I also have some bad news in that our vacuum chamber has broken beyond repair, and we are now looking in to our options for procuring a new and improved chamber.

As a result of this we have decided to temporarily suspend all new orders on the website. For existing orders, if your order was not yet produced we will email you directly regarding either a refund or to advise of the delay if you are ok with waiting.

Although it feels like progress has been slow, with various setbacks along the way, it is the case that we have learned a lot of new techniques and methods for achieving equal or better results than before and are confident that this time spent now will serve us will in future. 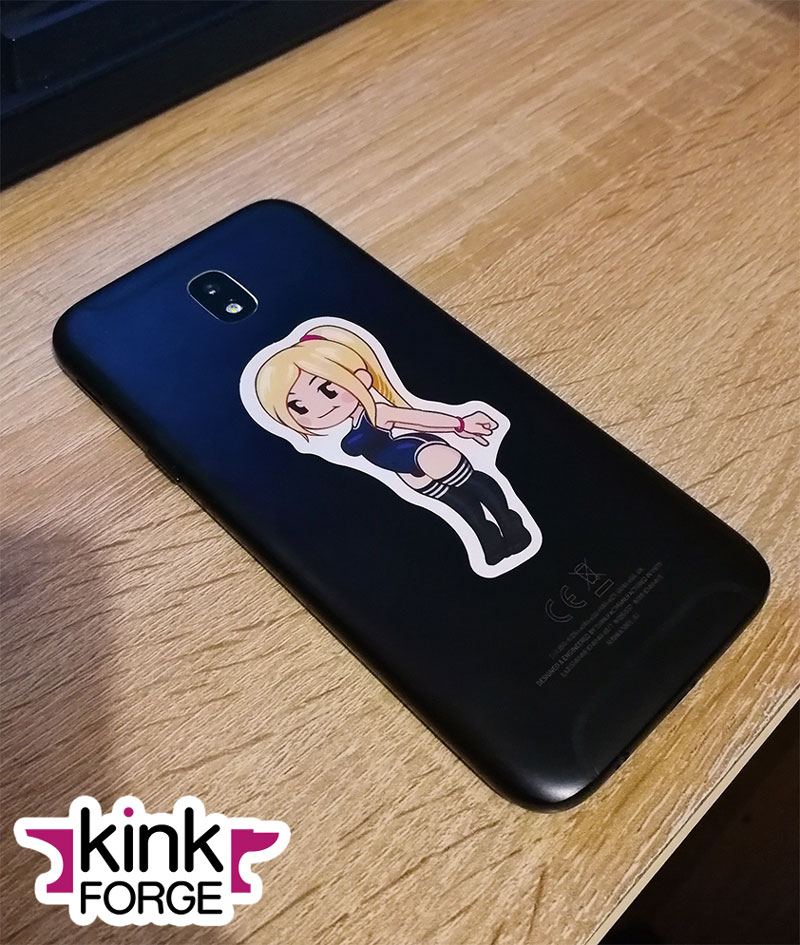 Our first merch product is now available! A cute as heck sticker of ‘Azumi – The New Girl’.

Click the link below to view our new product! 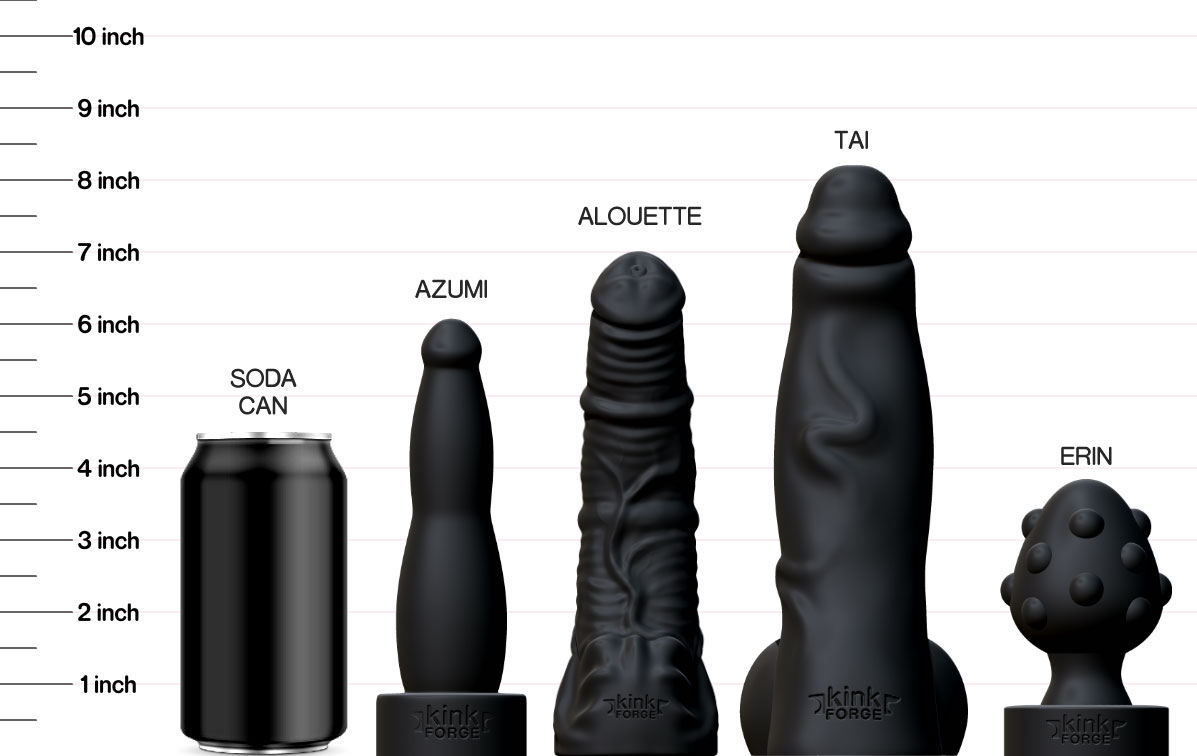 This has been an incredible launch week for Kink Forge, with so many supportive fans already to which we are very thankful 🙂

We’ve also updated the product pages with more pictures of color variations for each toy, so feel free to check them out!

Also a reminder that you can see all of these pictures and latest news on our official discord.

You are welcome to browse our webstore, where you will find 3 quality products available for purchase!

We are still working out the ‘kinks’ with sales and shipping, so please be understanding as we get to grips with fulfilling new orders.

Consider joining our Discord Server to directly interact with us, receive support or provide feedback.

It would also be invaluable if you could tell any like-minded people about Kink Forge!

We use flat rate shipping at our own expense, ordering multiple products at once will save you shipping costs :) Dismiss